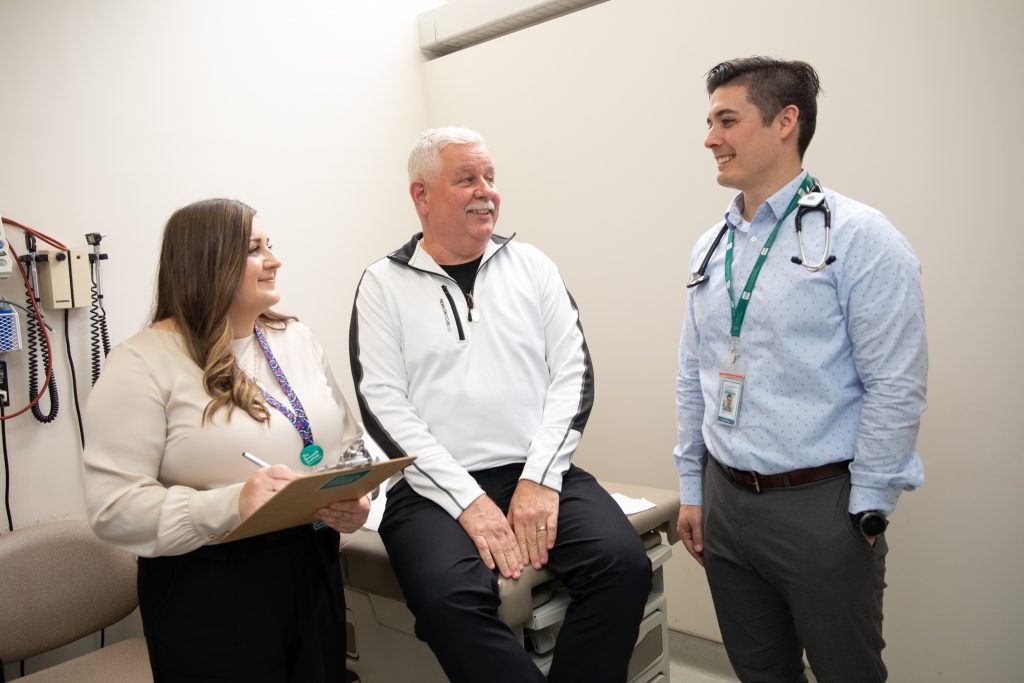 Tom Salisbury was a healthy, active firefighter when he suddenly fell ill in 2014 and was diagnosed with a rare auto-immune disease.

Tom Salisbury was a healthy, active 54-year-old firefighter who one day couldn’t shake a cold. Then he started coughing up blood.

Salisbury was eventually diagnosed with a form of vasculitis, a rare auto-immune disease. It causes blood vessels to inflame, which can lead to kidney failure and hemorrhaging in the lungs. Without treatment, it’s nearly always fatal.

“It was a little bit of a shock,” said Salisbury, who retired from the Hamilton Fire Department after 32 years of service following his 2014 diagnosis. “I was more worried about cancers, because of what firefighters are exposed to.”

Luckily for Salisbury, he was admitted to hospital and started receiving treatment immediately after his diagnosis. Days later, he agreed to be part of an international research study, co-led by Dr. Michael Walsh, a nephrologist at St. Joseph’s Healthcare, who also treated Salisbury. The findings from that clinical trial, published Feb. 13 in the New England Journal of Medicine, will potentially save lives, Walsh said.

The study’s key take-away is that lower doses of steroids are as effective as higher doses. Lower doses also significantly reduce the risk of serious infection for patients like Salisbury, which is important since one in three patients with his condition experience serious infection within their first year of treatment. Infection is the No. 1 cause of death in patients with Salisbury’s condition, Walsh said.

“Because of his participation in that study and the hundreds of patients like him, we now know that (high steroid doses) likely lead to very little improvement and potentially some harms,” Walsh said. “So we won’t be offering that as a standard of care.”

Supporting Salisbury throughout his health care journey was his family, including his two daughters and wife.

For his daughter, Maddie, now 26, the experience changed the course of her professional life.

She was a Sir Wilfrid Laurier kinesiology student when her dad received his diagnosis and spent as much time with him as possible during his treatment.

“Seeing the care he got, not only from his medical team but his research team … encouraged me to think that I could have an impact on someone,” she said.

Three years later, a research co-ordinator job with the nephrology department opened up. She got it.

“We didn’t penalize her too much for being Tom’s daughter,” Walsh jokes.

As for Salisbury, he’s pretty much back to normal, spending his days cooking — he’s an avid barbecuer — playing hockey, baseball and golf.

He admits retirement was on his mind before his diagnosis but he hadn’t made a final decision yet. Doctors — and his body — soon made that decision for him.

“With bleeding lungs and smoke, that kind of sealed the deal for retirement,” he said.