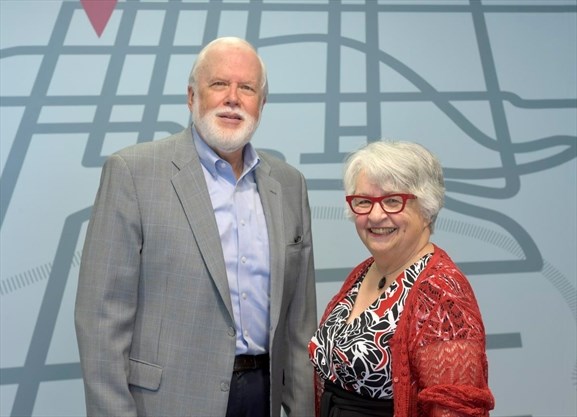 Hamilton and Burlington organizations want to be among the first to adopt a major overhaul of the health care system by the Progressive Conservative government.

Health and social service agencies have banded together in each city to put forth separate applications to create Ontario Health Teams (OHT), which are expected to oversee dramatic changes in how local care is provided.

Both proposals got the go-ahead Thursday to move to the next stage in the application process to form the first OHTs in the province.

“I don’t think anybody at the table is sitting there because they think the whole thing is broken,” said Paul Johnson, who is representing the city in Hamilton’s proposed health team. “They are sitting at the table because they see such opportunity.”

The legislation for the health system revamp came into effect June 6 under the Connecting Care Act. An investigative series Operation Health Care Reform by The St. Catharines Standard and The Hamilton Spectator starting Saturday (July 20) will provide the most comprehensive coverage to date of the overhaul considered the biggest change since Medicare.

The plan announced in February puts a super agency named Ontario Health in charge of the entire health care system — from hospitals to community care to organ donation to cancer care. The super agency will oversee dozens of regional teams made up primarily of health and social service organizations working together to integrate services locally and help area residents navigate the system.

The Ministry of Health got over 150 OHT applications in May provincewide despite few details being known about how the teams will be governed, funded or operate. The province has said, OHTs will evolve over time based on the experiences of the initial groups.

“This could be the biggest transformation we’ve seen certainly in a long time,” said Johnson. “If we work differently, we can really change the outcomes in terms of better care.”

The Hamilton application is made up of 18 health and social services agencies including Hamilton Health Sciences, St. Joseph’s Healthcare, McMaster University and the city. But there is room for more to join.

“Our principle really is there is an open chair,” said Johnson. “I don’t think any of us are convinced the table is full.”

What makes the Hamilton bid particularly unique is that it is chaired by former cancer patients John Fleming and Bernice King.

“I haven’t been part of too many processes where we really have embedded a patient experience right from the beginning,” said Johnson. “Normally we would get through these first applications and say, ‘You know we really need to find some patients.’ Of course, we’ve decided what we’re doing long before.”

For Hamilton’s OHT application, patients are at the forefront of mapping out a new local health care system.

“It was an opportunity I couldn’t pass up,” said King, who was treated for lung and gynecological cancer.

Both King and Fleming feel this is a chance to give back to the system that helped them when they needed it most and improve it for the next patients.

“I’m here partly because this city and all of its health care systems saved my life literally,” said Fleming who was treated for melanoma. “I’m 100 per cent on board with what is going on and I want to contribute and I want to help.”

He describes their job as being “the relentless conscience of this project to never lose sight of keeping patients at the centre of this.”

The Burlington group also put patients first when it decided to make family medicine the focus of its application with all but two of the eight organizations being primary care providers.

“Our team recognizes the importance of primary care as the foundation of the health care system and that’s why I agreed to sign up for it,” said family physician Dr. Harpal Singh, who is the co-chair of the proposed Burlington OHT. “We feel this kind of model really should be the model of care throughout Ontario.”

So far the proposed Burlington team accounts for 60,000 rostered patients but it’s also hoping to grow.

“We’re still trying to get the word out to physicians in Burlington,” said Singh, lead doctor at the North Burlington Medical Centre Family Health Group. “Due to privacy laws we’re not even allowed to have access to physicians’ emails without their permission. These are the kinds of barriers that inhibit care for patients.”

Teams being considered to form the first OHTs have been asked to put in a full application to represent a geographic area with a population up to 500,000. The early adopters will be announced in the fall.

Both Hamilton and Burlington groups are confident they will be among the first OHTs because health and social service organizations have long collaborated in this area.

“Why I think we’re a bit optimistic is that we’ve put the work in prior to this,” said Johnson. “This really builds on work that’s been going on in Hamilton. We’ve been thinking about what health care means in the broadest sense of that term from the social determinants of health umbrella.”

One of the reasons Hamilton is so far ahead is an ongoing project started in 2010 by The Spectator called Code Red that found glaring disparities between neighbourhoods in Hamilton including a 21-year difference in average age at death. It long ago helped foster ongoing collaboration between health and social service agencies.

Johnson gives the example of the patient with chronic obstructive pulmonary disease who ends up in the emergency room four to five times every summer because the progressive lung disease is exacerbated by heat.

The OHTs will aim to bridge the gaps that often leave patients lost by having multiple providers band together to take joint accountability for the entire journey through the system.

“I often look around and think we have it all here,” said Johnson. “What is holding us back is the inability to do the things we know we need to do. Sometimes that is because we don’t have the relationships with each other to even know someone else could do it. We’re a bit discoordinated.”

Drastically changing how health care providers interact is the only way the system will be able to cope with the growing and aging population, says Singh.

“Healthcare often is relatively insatiable in the amount of expectations that we have,” said Singh. “In order to work with limited resources we need to organize ourselves better.”

Joining the OHT requires a leap of faith considering neither group has come up with a governance structure yet or knows what will happen to their funding when the province provides one envelope of cash per patient to be shared among all the services.

“We’d be naïve to say everybody around the table is not thinking about that,” said Johnson. “When people already have a bit of a relationship — believe me it’s not all kumbaya moments — there is at least that level of trust that we are going to continue to work at this and even if it’s not perfect yet we’ll keep making it better.”

There’s no startup funds so the organizations involved have to find a way to pay for the costs of the application and the administration of the proposed OHT.

“There is no pot of money being offered by Queen’s Park,” said Fleming. “It’s figure out how to put this together within the resources of our team.”

In addition, the OHT has to navigate making sure small organizations in the group get a voice when massive players like HHS, St. Joseph’s and Joseph Brant Hospital are involved.

“There are physicians in Burlington who have felt that the hospital has their agenda and family doctors have their agenda and they don’t necessarily align,” said Singh. “We work in that fragmented and siloed way and it becomes really increasingly difficult for patients to get proper care or to negotiate through that system.”

Both groups say they won’t quit even if they aren’t chosen to be among the first teams.

“Whether we are an early adopter or not, our position has been that we are going ahead at the same pace that we have been to date, this is such important work.” said Dr. Cheryl Williams, co-chair of the proposed Burlington OHT and executive vice president clinical at Joseph Brant.

Her co-chair Singh expects the province to keep working with teams not initially chosen until they are ready to become an OHT in future waves of the roll out.

“Our plan to co-operate, break down barriers and provide the best kind of care for our patients is going to move forward,” he said. “It’s just going to get stronger.”